One of America’s most accomplished mountaineers. 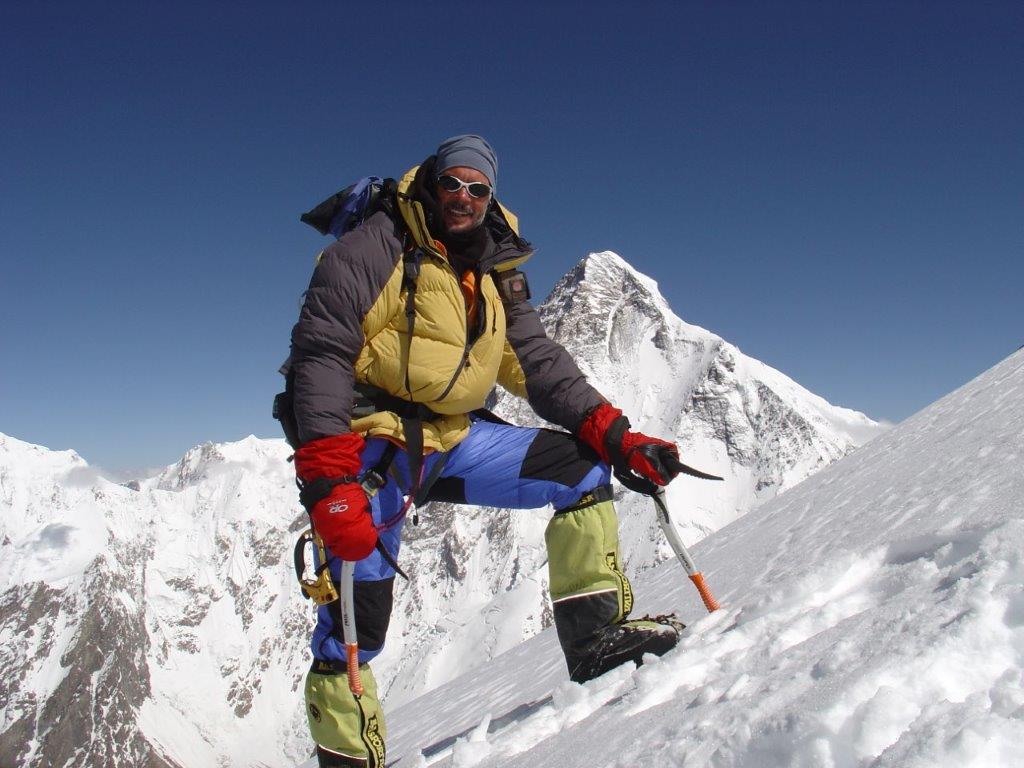 Hear Chris Warner share stories from K2, arguably the most dangerous mountain in the world.

Join us to hear Chris Warner, one of America’s most accomplished mountaineers, share stories about when he reached the summit (on his third attempt) and became just the ninth American to summit K2 and Everest. By comparison, only 12 people have walked on the moon!

His expedition was epic. Twenty-five climbers set out for the summit. Eighteen would reach the summit. Two would die. On a mountain with a death to summit ratio of 35%, it was the most successful day in K2’s epic history. Leading an international expedition, and filming it for NBC TV, Chris Warner captured the mountain, in all its brutality. Now he is bringing his Emmy nominated footage, and tales of heroism and partnership, narcissism and cowardice, for us to experience and enjoy.

Join us live via:

There is neither a cost nor any obligation to attend this event. You are encouraged to invite family and friends. If you have questions, feel free to contact our office at carverfinancialservice@raymondjames.com or 440-974-0808.

We look forward to having you join us!

Chris Warner is a leadership educator, entrepreneur, climber, and guide. He’s led over 230 international mountaineering expeditions (to Everest, K2, Kilimanjaro, and more). Turning his passion into a business, Chris was the founder and CEO of Earth Treks, the first national chain of indoor climbing gyms (in 2017, Chris sold ET to a private equity group. When he retired as CEO, there were over 1,000 employees serving over 5 Million customers annually). Fascinated by high-performance teams, Chris has taught leadership to thousands of groups, including Google executives, covert and special ops teams, NFL and NHL teams. For sixteen years he taught leadership to MBA candidates at U Penn’s Wharton School of Business. He is also the co-author of the best-seller, High Altitude Leadership.

Raymond James and Carver Financial are not affiliated with Chris Warner.

OUR APPROACH
ABOUT US
RESOURCES
EXPERIENCES

Raymond James financial advisors may only conduct business with residents of the states and/or jurisdictions for which they are properly registered. Therefore, a response to a request for information may be delayed. Please note that not all of the investments and services mentioned are available in every state. Investors outside of the United States are subject to securities and tax regulations within their applicable jurisdictions that are not addressed on this site. Contact your local Raymond James ofﬁce for information and availability.